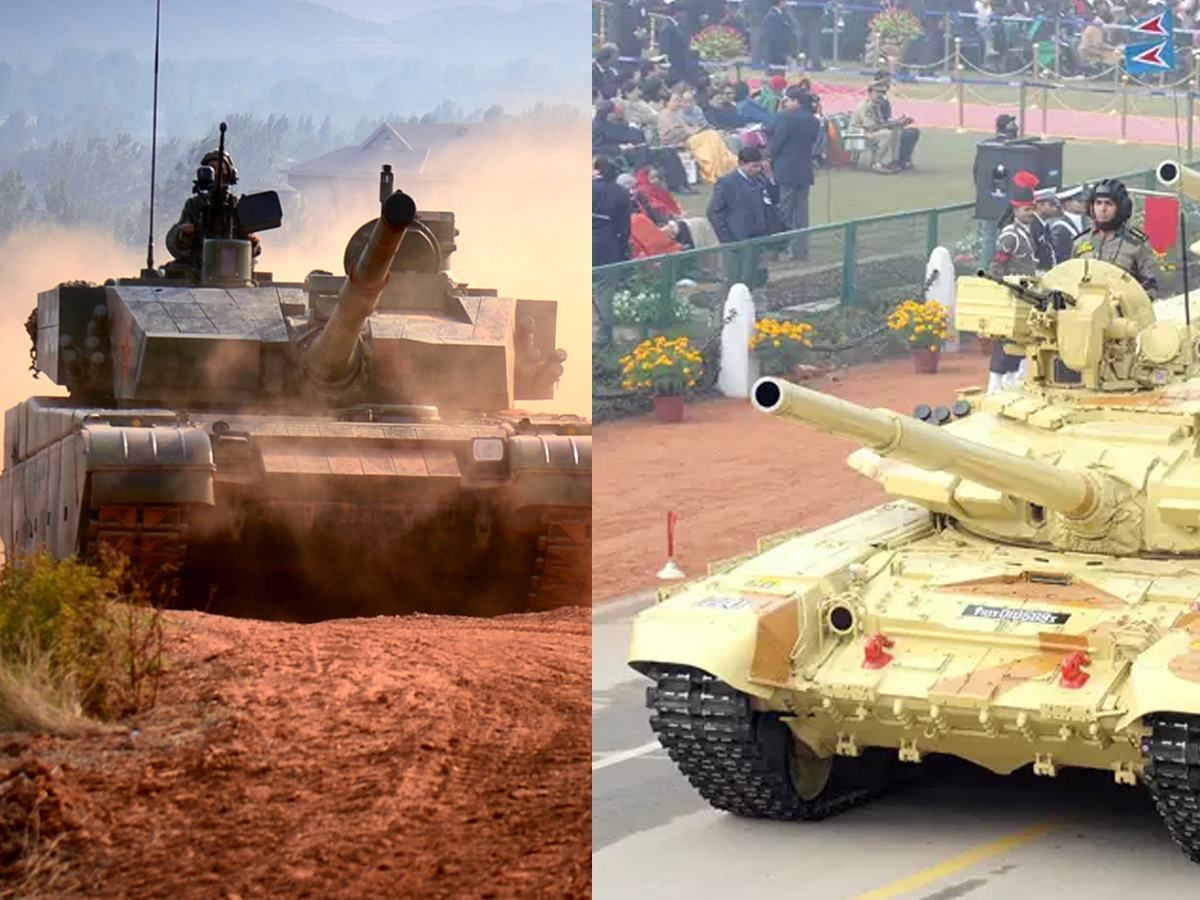 In the midst of ongoing tensions with India in eastern Ladakh, the Chinese Army has deployed its most lethal tank Type 99A on the Karakoram hills. According to the Chinese government newspaper Global Times, this Chinese tank has been deployed at an altitude of about 5000 meters. China has also recently included the first batch of its new Type 15 tank which will enter the battlefield in conjunction with the Type 99A. The Chinese newspaper said that the Type 99A tank is the deadliest tank in China when it comes to fire power and armor. The Type 15 tank is capable of attacking very fast. Let’s know where this Chinese tank sits in front of India’s T-90 tank.

Russia and Germany tanks are copied by China tanks 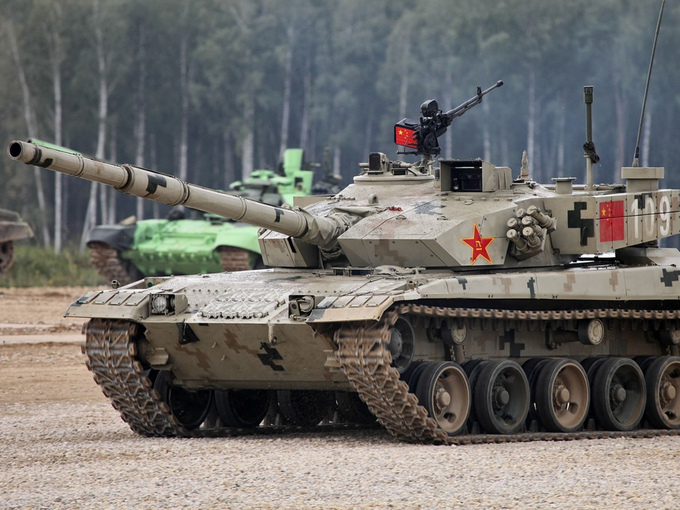 Chinese experts say that the heavy weight Type 99A main battle tank is not very effective in eastern Ladakh due to lack of oxygen and hilly terrain. However, the unmatched strength of the Type 99A is crucial. Chinese experts said that if a Type 15 light tank is trapped during a war, a Type 99A tank can land in the battlefield to help it. On the other hand, independent experts say that this main battle tank of China is not weaker than any tank of America or Russia. He said that this tank of China is of third generation and inside it is loaded with lethal ammunition, large size shelling cannon and excellent fire control system and advanced electronic system. China’s Type 99A tank is built by replicating Russia’s T-72 and Germany’s Leppard 2 tank. This Chinese tank was first inducted into the army in 2001. 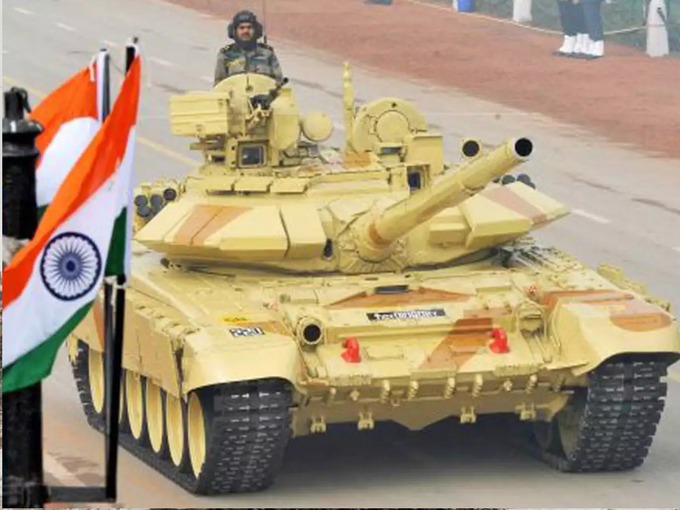 The China Type 99A tank is heavier than India’s T-90, which has been deployed by the Indian Army in eastern Ladakh to respond to the daring of the dragon. While the T-90 tank weighs 48 tons, the Type 99A tank in China weighs 57 tons. Experts say that the tank which is lighter than the hills of Ladakh will be more effective. In this case the Indian tank is heavier than the Chinese tank. Both China and India tanks rely on a 125-millimeter cannon. This makes it easier to target enemy tanks. It is claimed that China has prepared uranium-based ammunition for its tank which can destroy any tank for about one and a half km. Both China and India tanks are capable of firing anti-tank missile. With this help, long-range targets can be targeted and helicopters flying low can also be destroyed. 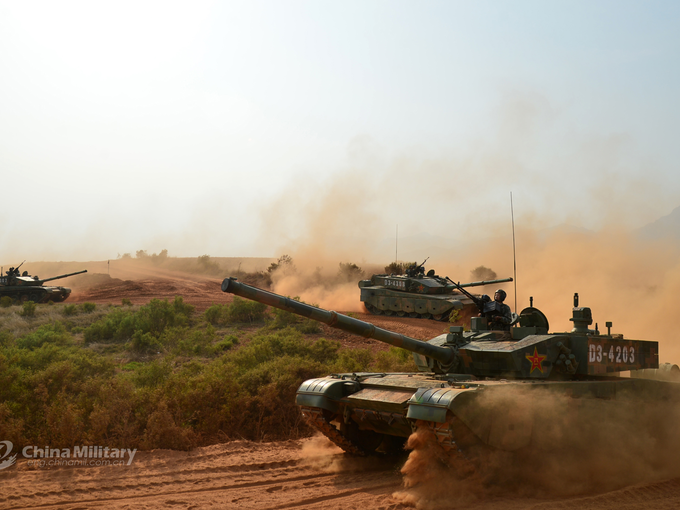 The Russian-made T-90’s export version tank does not have very good hardware but it has improved to a great extent after the Kalina targeting system was installed. China is at the forefront of electronics. According to experts, a new infrared tracking system has been installed in Chinese tanks which helps them to easily hunt enemy tanks and is believed to be better than T-90. Both the T-90 tank and the Chinese tank are fitted with superior safety equipment. India’s T-90MS tank is equipped with a missile system that protects it from anti-tank missiles. The Chinese tank has a laser warning system which informs its tank commander when the laser is being targeted. This gives the tank commander a chance to overtake his tank. The T-90 tank has a Shora Active Protection System that not only jams the laser, but also fires laser-blocking grenades that emit smoke.

Indian tank in speed behind Chinese Type 99A tank China’s Type 99A tank is ahead of the Indian T-90 tank in terms of speed. The speed of the Chinese tank is 50 miles per hour, while the Indian T-90 tank can run on the road at a speed of 42 to 45 miles per hour. T-90 tanks and Type 99 tanks can run for about 300 miles once the tank is refueled. The technology of Type 99A tank has not been given by China to any country yet, but much information about Indian tank is with China. While the Chinese tank has a 1500 horsepower diesel engine, the Indian tank has an engine of about 1000 horsepower. Overall, the Chinese tank is quite modern, but India’s T-90 tank has the power to destroy it. This is the reason why India has deployed T-90 tanks in East Ladakh to deal with China’s challenge.

Venezuela becomes the first country to issue a 10 lakh note, even half a liter of petrol will not be available in India!