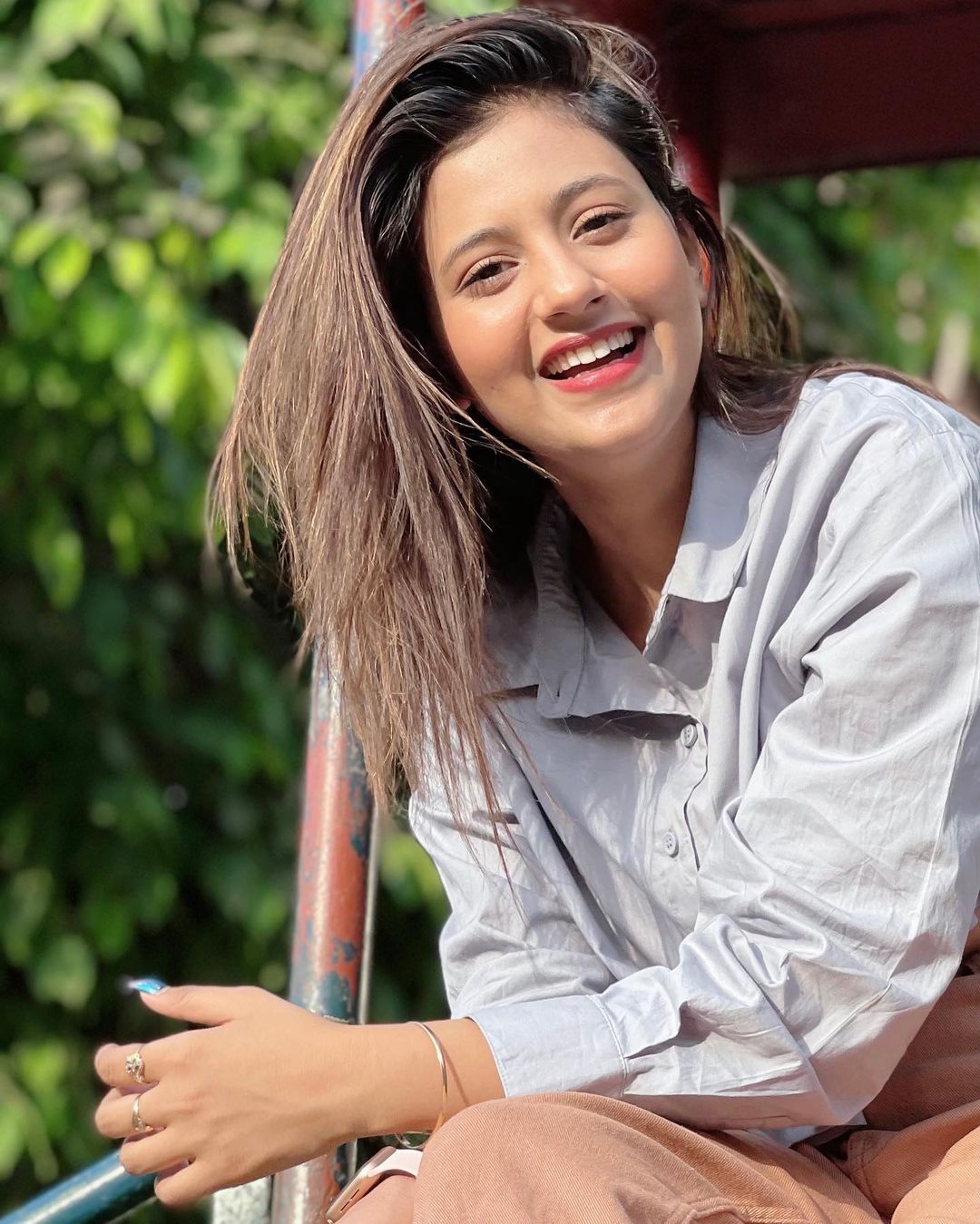 Anjali Arora is a famous social media star and model who started her career with Tiktok. She used to upload Dancing and Lip Scyn videos to her TikTok account. After Tiktok was banned in India, she started uploading reels on Instagram. She used to dance in most of her videos and her hot and beautiful looks got millions of followers on her Instagram. She has also modeled in videos of many famous Punjabi songs.

In 2022, Anjali Arora made a dancing video on Viral Audio and shared it on her Instagram, after which she became too much viral that she became known as Kacha Baadam Girl. Anjali got entry as a Consentant in Ekta Kapoor’s Reality show Lock up and her fans kept increasing due to her appearance in the show.

She now has over 12 million followers on Instagram and is getting offers for a lot of projects and advertising.

In this article, you can read about Anjali Arora’s Biography, Age, Family, Photos & More

She is 22 years old and was born on 3 November 1999 in Punjab after which she moved to Delhi with her family. Now She Lives in Mumbai after her success.

Anjali Arora is not married and is in a relationship now. Her boyfriend’s name is Akash Sansanwal and he is a BJP worker. They have been dating for a long time but Anjali Arora never shared any information about her relationship on her Instagram. Anjali appeared in a romantic connection with Munawar Faruqui in the Lock upp show but as soon as the show ended, he appeared with his girlfriend. Earlier, Munawar Faruqui was considered by her fans as her boyfriend.

Anjali Arora hailed from Delhi and was born in Punjab. She started her career with Tiktok, a short video-sharing platform. Still, after Tiktok was banned in India, She began creating content on Instagram reels. She is now the most famous social media personality and beautiful girl in India. Her Instagram followers are growing rapidly every day.

The engagement rate of her Instagram profile is 3.66% which is higher than average. In 2022, she is the most trending girl in India so far with her cute and bold Lip sync and dancing videos. In January, she posted a video on Instagram on the famous audio “Kacha Badaam,” her most hit and viral video ever.

Apart from being a social media personality, she is also a famous actress and model. She has now modeled in many Famous Punjabi, Haryanvi and Hindi songs. Many of her songs have over 300 million views.

Some Facts about Anjali Arora

She has 9 million followers on Tiktok and 12 million on Instagram. Anjali’s youtube channel has over 1 lakh subscribers