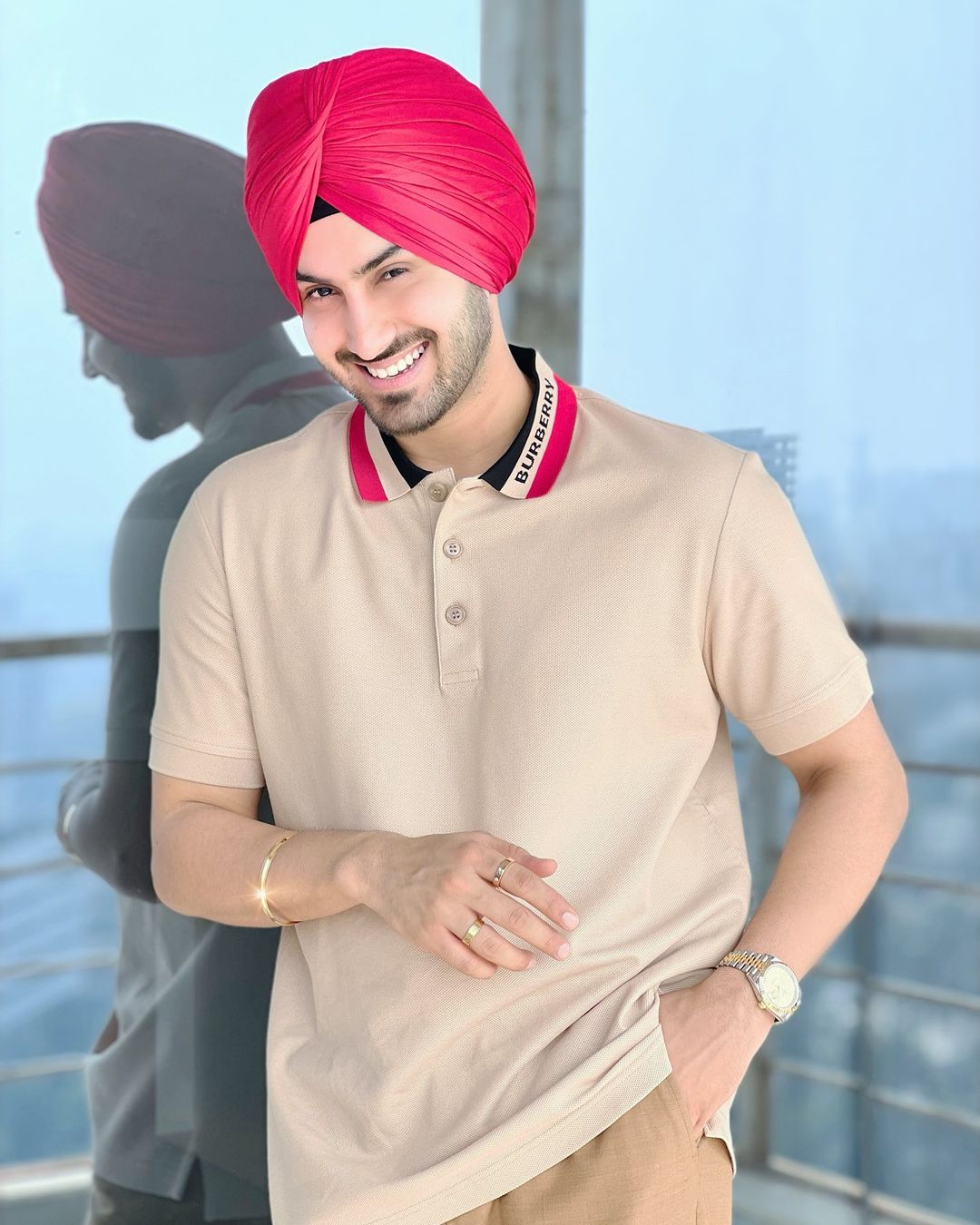 Rohanpreet Singh is a well-known young Indian singer who was born on December 1, 1994. His family is connected with music as his uncle is a classical singer and composer. He was encouraged by his father to pursue the profession of singing. Rohanpreet participated in the competition known as Sa-re-ga-ma-pa Lil Champs during the 2007-08 season when he secured the first position. Apart from this, he had been amongst the most well-known competitors on the TV Rising Stars 2. At present, the age of this talented singer is 28 years and he has been married to Neha Kakkar, who is six years older than him.

In this article, you can read about Rohanpreet Singh Biography, Age, Family, Photos & More

The height of Rohanpreet Singh is 5’10” and his weight is 70 kg. He is tall and handsome and has got a pleasing personality as well.

Rohanpreet Singh had been born on 1st December 1994, in Patiala, Punjab, India. At present, his age is 28 years.

Before being married to Neha Kakkar, it is rumored that Rohanpreet was involved in a relationship with Mehrnigori Rustam, a singer from Tajikistan. However, eventually, he tied the knot with Kakkar on 24 October 2020. Neha Kakkar is 6 years older than her husband.

Rohanpreet Singh began to sing at the age of 3 ½ years. He learned music when he was 9 years old under Professor Gurmukh Singh Sehgal. For measuring his success as one of the most gifted young Indian singers on television at present, it is good to know that he had been the runner-up in the final of the Rising Star – Season 2 in the year 2018. He is also quite well-known on social networking sites and has got more than 4 Million followers on Instagram right now. His debut song had been Bang Gang, and he also participated in the Sa-Re-Ga-Ma-Pa Lil Champs contest, which was held in 2007. In this particular show, he ended up being the first runner-up. In recent times, Rohanpreet has appeared in Mujhse Shaadi Karoge, a popular Colors TV serial and is also known to perform live concerts in many countries across the globe.

Rohanpreet Singh has more than 4 Million followers on Instagram right now. He mostly shares photoshoots with his wife Neha Kakkar. His username is @rohanpreetsingh

Some Facts about Rohanpreet Singh

DISCLAIMER: The above details are sourced from various Online reports. The website does not guarantee 100% accuracy of the figures. All images are taken from a social media account of Rohanpreet Singh.