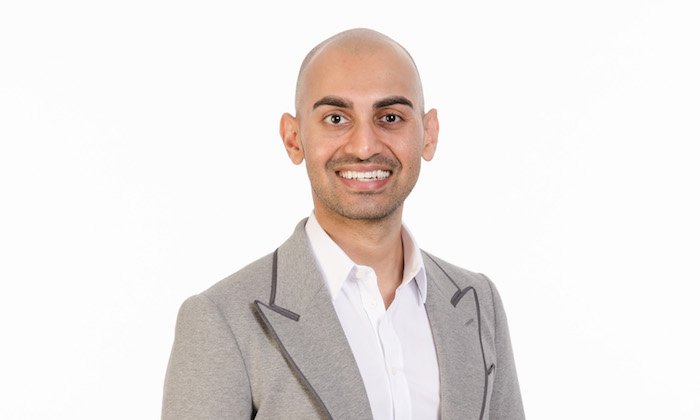 Neil Patel is 36 years old in 2022 and was born in 1985 in London, United Kingdom. Two years after his birth, his family moved to California. He is a renowned Entrepreneur, Investor, Digital Marketer and Blogger. He is best known on the Internet as a famous digital marketer and his blog neilpatel.com. Neil Patel shares tips and guidelines for other bloggers on his blog and YouTube channel. He has also created several successful online products, including Crazy Egg, Hello Bar, KISSmetrics and Ubersuggest. He is currently working primarily on Ubersugest and his digital marketing agency Neil Patel Digital. In addition to working for his own companies, he has worked to raise revenue for some of the world’s largest companies such as HP, Amazon, Viacom, GM and NBC.

In this article, you can read about Neil Patel Biography, Age, Family, Photos & More

He is about 5 feet 9 inches tall and weighs about 60 kg. His body is slim and fit. Now he is bald, but before, his hair was black and his eyes are black.

Neil has been married for a long time and his wife’s name is Michelle. They now have two children, a boy and a girl.

Neil Patel has parents, a sister, a wife and two children in his family. His father’s name is Kiran Patel and his mother’s name is Pratima Patel. His wife’s name is Michelle and his eldest daughter’s name is Emma and his youngest son’s name is William.

Neil Patel was born in 1985 and is 36 years old. He lived a middle-class lifestyle due to the work of his parents. He has an entrepreneur uncle with multiple businesses in his family and he also wanted to be an entrepreneur. So he did a lot of small work like a Salesman. At the age of 15, he did many jobs but quit a short time later.

He then found out about the Monster.com website but did not apply for a job on this website. Neil Patel understood their business model and created his own job board website, which cost him $5000 but did not become famous as he wanted. So Neil later hired several Internet Marketing Companies to grow his website, but these companies only took money from him but did nothing.

So Neil Patel himself started learning digital marketing and SEO and in a short time, he became good at SEO, but his first website failed due to no setup of credit card transactions in his job portal. In addition to this, he created many different companies that finally succeeded after a lot of difficulties, which you can read more about here. Neil Patel is now known as SEO Guru, Digital Marketing Expert, Investor.

He created his youtube account on Aug 19, 2011, and now has over 1 million subscribers to his channel. He uploads new videos every Monday, Thursday and Saturday. Most of his content is marketing-related.

His primary source of income is from Digital Marketing Agency, Consultation, Affiliates and Collaboration. Neil Patel also has Saas (Software as a service) products which is a significant source of income for him. According to many online reports, his net worth is close to $30 million.

Some Facts about Neil Patel

DISCLAIMER: The above details are sourced from various Online reports. The website does not guarantee 100% accuracy of the figures. All images are taken from a social media account of Neil Patel.