Caracas
The South American country Venezuela has issued a new currency note of 1 million bolivars to deal with the economic crisis and severe inflation. Before this, no country in the world has printed such a big currency note. According to the current inflation of Venezuela, the price of 1 million bolivars will be half US dollars (about 36 rupees). In this case, half a liter of petrol will not come in India. People, who once saw immense prosperity through oil, are now starving. The value of devaluation in rupees is that people carry notes in bags and sacks and bring them to home in polythene hanging in their hands.

2 lakh and 5 lakh notes will be released next week
The central bank of Venezuela has said that in view of the country’s economy, such a large currency note had to be issued. Two lakh Bolivar and five million Bolivar notes will also be issued in the next week. Currently 10 thousand, 20 thousand and 50 thousand bolivar notes are in circulation in Venezuela. The price of 1 rupee in Venezuela is 25584.66 bolivar of India.

Speculation of printing of notes was going on since last year
Last year, a report by Bloomberg stated that the Venezuelan government is going to print a note of 1 million bolivar (rupee there) soon. For this, 71 tons of security paper has been imported from an Italian firm. The firm is owned by Italian company Bain Capital, which exports security paper to many countries in the world. The custom report reveals that the security paper has been called for. 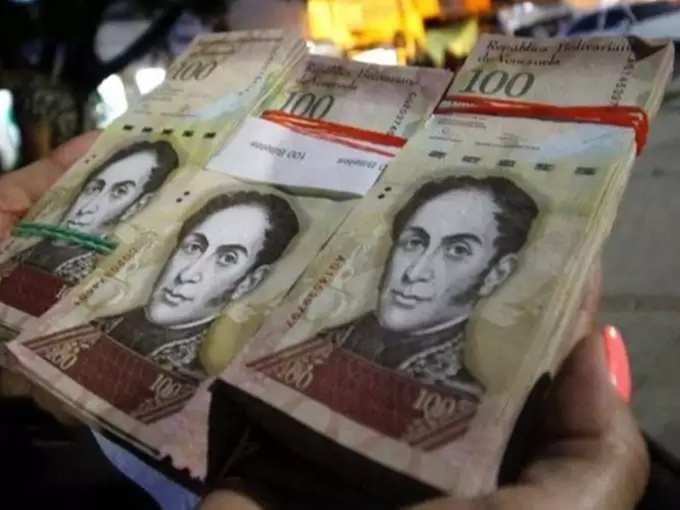 Half a kilo of rice will come in a 10 lakh note
In Venezuela, the 1 million bolivar notes have now become the largest denomination notes. However, its price is still half US dollars. Only two kilos of potatoes or half a kilo of rice will be able to buy here for this rupee. The government there is planning to print large denomination notes to give ease to the people. By which common people will avoid carrying large amounts of cash.

Economy in recession for the eighth consecutive year
Venezuela’s economy is in recession for the seventh consecutive year due to the Corona virus lockdown and the depletion of oil money. It is feared that the economy of this country will shrink by 20 percent by the end of this year. The economy of this country is getting worse due to corruption. At this time corruption is so high in Venezuela that you may also have to pay bribe to walk.

Venezuela’s economy is steadily weakening
The condition of Venezuela’s economy has now become that the country has to buy goods by selling gold. In Venezuela, millions of people go to bed hungry. Because they do not have food to eat. According to a report, there are about 700,000 people in Venezuela who do not have the money to buy food for two times. The United Nation Food Program Agency said in February that one in every three citizens of Venezuela did not have food to eat. In the present time, due to corona, the situation has become worse.

Venezuelans leaving the country
According to the report, after 2013, about 3 million people have left their country and have taken refuge in neighboring Brazil, Cambodia, Ecuador and Peru. The situation is so bad that these countries have deployed their troops along the Venezuelan border. At present, this is the largest displacement in any country in the world.

Who is the real President of Venezuela? The world does not know
As of today, it is not clear who is the President of Venezuela. The results of the presidential election came here in early 2019, in which the ruling Nicolas Maduro won the election, but he was accused of manipulating votes. Maduro had Khuan Goido, who became the Leader of the Opposition in Parliament this month, in the election. Till then, no one knew him in World Politics, but today he is calling himself President. Maduro refused to step down after the election results, while Goido says he has the constitutional right to become interim president until the next election.

Why did venezuela have such a situation
Venezuela was once the richest country in Latin America. Reason, it has more oil than Saudi Arabia. There are also gold and diamond mines, but the economy rests entirely on oil. 95% of the government’s income continued to be from oil. Hugo Chavez, who became president in 1998, made many changes to the country’s system to remain in the chair for a long time. Apart from governmental and political changes, Chavez governmentized the industries, made a cry against the private sector, wherever there was less money, he took a lot of debt and gradually the country drowned in debt. Chavez became the Messiah by spending money from the oil companies openly on the needy sections, but the Venezuelan economy became termite. 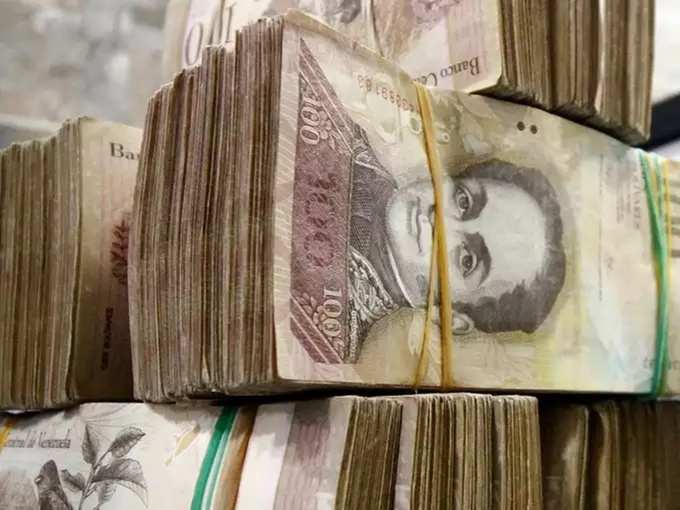 Such a bad situation
In 2013, Chavez chose Maduro as his successor, who inherited a large debt. Politics was at its peak, with oil prices also falling. When oil became cheaper, income decreased and poverty increased, so Maduro dropped the price of currency. Nothing was done with this step, but inflation definitely started increasing. The pockets of the public were getting lighter than before, now he started getting kicked on his stomach as well. From here the economic and political division of the country started happening.

Major problems of venezuela
The price event of the currency, power cuts and basic necessities are going to be expensive. Venezuela uses a lot of hydro-power. Electricity production fell here due to drought in 2015. The power crisis had increased so much that in April 2016, the government decided that from now on, government offices would run only on Mondays and Tuesdays. Inflation in Venezuela is running at over 2,600 percent.