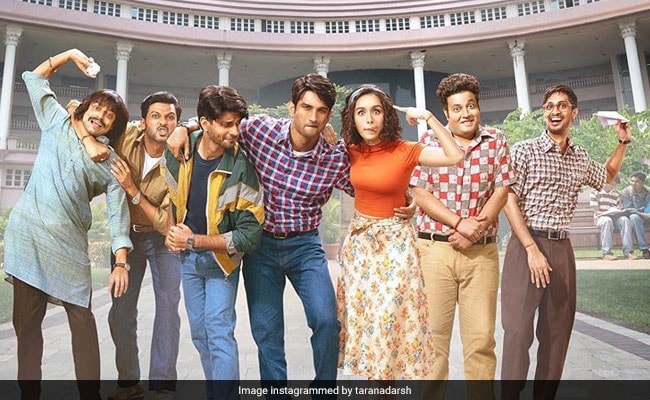 An honour well deserved …
congratulations to the entire team & to #SajidNadiadwala@NGEMovies@WardaNadiadwala for #Chhichhore
We all know how special and memorable this film is for everybody … this award will immortalise it’s memory forever # NationalFilmAwards2019pic.twitter.com/eGvPOUEK1z

This tweet made by Anil Kapoor about ‘Chhichhore’ is getting a lot of headlines, as well as fans are commenting fiercely on it. Reacting to Chichore in his tweet, Anil Kapoor wrote, “An honor for what he deserves. Sajid Nadiadwala, Varda Nadiadwala for Chichore. We all know how memorable and special this film is for all of us.” This award will make this memory even more special. ” Please tell that Sushant Singh Rajput, Varun Sharma and Shraddha Kapoor played the lead roles in Chhichhore.

The film ‘Chhichhore’ left no stone unturned at the time of its release. The film had grossed over 100 crores at the box office. This film was directed by Nitesh Tiwari. At the same time, speaking of another and Anil Kapoor, he too has left no stone unturned to win the hearts of the people with his acting. The actor will soon be seen in films like the film Animal, Jugjug Jio and Aankhen 2. Anil Kapoor will play the lead role alongside Ranbir Kapoor and Bobby Deol in the animal film. At the same time, in Jug Jug Jio, he will be seen alongside Varun Dhawan, Kiara Advani and Neetu Kapoor.