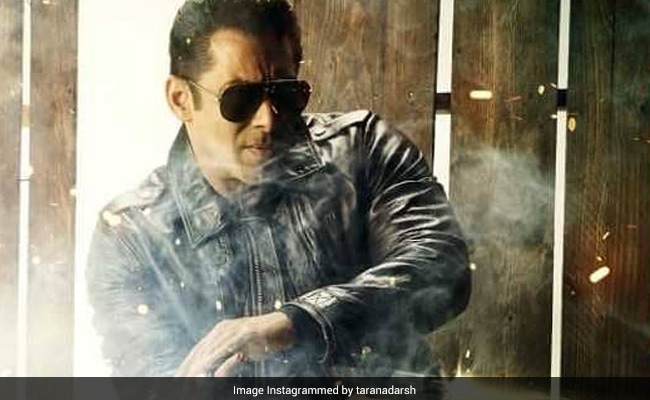 There is a lot of craze in the audience for Salman Khan’s upcoming film Radhe: Your Most Wanted Brother. People are hoping that Salman Khan will release this film on the big screen on Eid. With this, Salman Khan has finished waiting for his fans and has given them the perfect idi. His film will now be released on the day of Eid. Salman Khan has released a new poster of the film, where he is seen in a fiery but slick avatar. With a burning helicopter and artillery background on the battlefield, he is looking hotter than ever in a strong fissick.

Salman Khan wrote in the caption of the poster: “There was a commitment of Eid, I will come on Eid because once I do ….” Salman Khan has informed the fans in this way that this film will be released on May 13. Ready for release on the big screen. Talking about the film, Sharee Patel, CBO of Zee Studio, shared, “We are excited to bring audiences back to theaters through this Salman Khan film as their films create a festive atmosphere. This is the most of 2021. It will be a big film and we are looking forward to seeing the response from the audience. I am sure it will be a happy occasion for the fans after a difficult year. ‘Radhe: Your most wanted brother’ (Radhe), for Salman fans and cinema lovers It will be perfect Eid. ”

A spokesperson from Salman Khan Films shared, “Salman Khan and Eid have a special connection and at Salman Khan Films we are happy to continue this tradition with ‘Radhe: Your Most Wanted Bhai’ (Radhe) Feeling. We are eager to clap, whistle and bring back the era of ‘Housefull’, for which Salman Khan’s films are known. We are happy to collaborate with Zee Studios for Radhey We have been together and we want the film to reach all audiences and enjoy it with all their safety guidelines. ”

Along with Salman Khan, the film also stars Disha Patani, Randeep Hooda and Jackie Shroff. The film is presented by Salman Khan Films in association with Zee Studios, which is produced by Salma Khan, Sohail Khan and Reel Life Productions Private Limited. The film will be released on May 13, 2021 on the occasion of Eid.