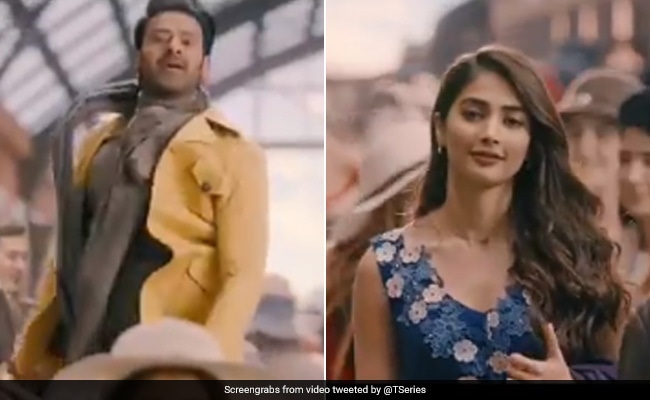 Radhe Shyam: The release date of the upcoming film Radhe-Shyam (Radhe Shyam) of Prabhas (Prabhas) and actress Pooja Hegde (Pooja Hegde), popularly known as Bahubali, has been revealed. With a glimpse of the film, the makers have announced that the film is all set to knock on the silver screen on July 30, 2021. After the recently released Prabhas’ Dreamy poster, the audience was waiting for a glimpse of this project. Set in the picturesque times of vintage Rome, the video begins on a train, making its way through a forest path. And inside the bustle of this Romanian railway station, Prabhas is seen flirting with Pooja Hegde in Italian.

This Valentines, let us celebrate love with the biggest announcement of the year! 4 #RadheShyam to release in a theater near you on 30th July! #ValentinesWithRS

Amidst the bustling crowds of the railway station, the (Prabhas) are seen calling them out and saying, “Sei Un Angelo? Devo Morire per incontrarti?” (Meaning in English “You are an angel? Do I have to die to meet you?”). The line spoken by Prabhas has left fans curious. Nazitan, he has begun to discover what it means. Set in a charming city of Rome, with a beautiful location of roads and woods, this glimpse is the perfect gift of Valentines that the makers have presented to the audience.

The glimpse of the film has mesmerized the audience. The film ‘Radhe Shyam’ is considered to be the biggest love story of the decade, in which Prabhas will be seen romancing after almost a decade. Since the film’s first announcement, fans are excited to see Pan-India star Prabhas romancing with the beautiful actress Pooja Hegde in the film. ‘Radhe-Shyam’ will be a multilingual film directed by Radha Krishna Kumar and presented by Gulshan Kumar and T-Series. It is produced by UV Creations. The film stars Prabhas and Pooja Hegde in lead roles, while Sachin Khedkar, Priyadarshi, Bhagyashree, Murali Sharma in lead roles. The film is produced by Bhushan Kumar, Vamsi and Pramod.

Actress Shraddha Srinath congratulated Varun Dhawan in such a manner, be shocked to know