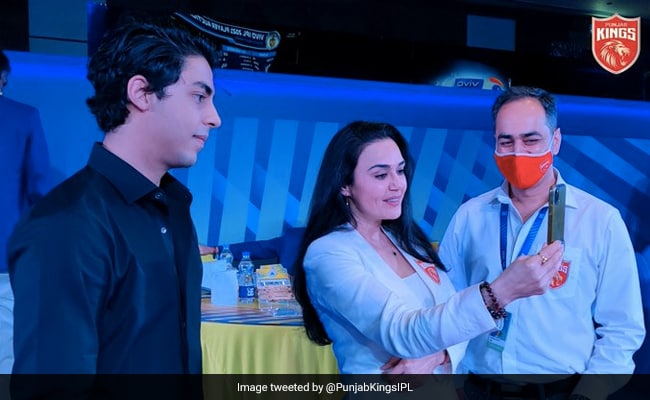 In the IPL auction, Kings XI Punjab have included 9 players in their team for the 14th IPL game. Jhay Richardson and Riley Meredith were in the discussion due to the high price in the team. But apart from him, Tamil Nadu player Shahrukh Khan, who joined Preity Zinta’s team Kings XI Punjab, also made a lot of headlines. Shah Rukh Khan was included in Kings XI Punjab with a price of Rs 5.25 crore. Preity Zinta was seen teasing Aryan Khan, son of Bollywood’s King Shah Rukh Khan. He also shouted loudly and said that we have found Shahrukh Khan.

When you get a certain “Shahrukh Khan” in your side @PunjabKingsIPL@Vivo_India#IPLAuctionpic.twitter.com/z4te9w2EIZ

Guess who @realpreityzinta is talking to ?????

A video of Preity Zinta is also going viral in which she is seen screaming during the IPL auction that we have found Shah Rukh Khan. This video of Preity Zinta is getting a lot of headlines, as well as fans are also commenting fiercely on it. Please tell that this time in the IPL auction, Shah Rukh Khan’s son Aryan Khan also appeared. In such a situation, a photo of Shah Rukh Khan and Aryan Khan is also becoming very viral, where the actress is seen talking on the phone, while Aryan Khan is seen standing with her.