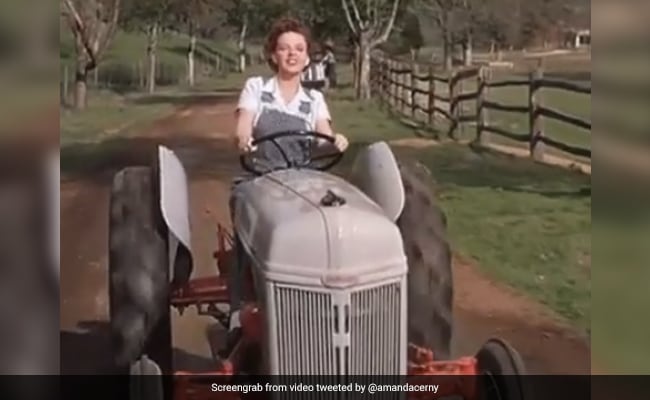 Farmers have been demonstrating for several days about agricultural laws. He has stuck to his demands for the last few months on the border adjacent to Delhi. A few days ago, foreign artists like Rihanna, Greta Thanberg and Mia Khalifa had also tweeted about the peasant movement, which attracted a lot of attention. At the same time, recently American actress Amanda Cerny shared her video and expressed her support for farmers. He wrote in his tweet that if you eat something, then thank the farmers for that.

If you ate today, thank a farmer #NoFarmersNoFoodpic.twitter.com/ySpKPTY01W

This tweet of Amanda Cerny (Amanda Cerny) about farmers is becoming very viral, as well as users are also commenting on it on social media. In the video shared by Amanda Serni, a boy is seen driving a tractor between fields. While sharing this video, he wrote, “If you eat today, say thank you to the farmer for that. No food if not the farmer …” Tell that even before this Amanda Serni had tweeted a lot in support of the farmers. He also reprimanded the tweet in response to foreign artists by Bollywood artists regarding farmers.

Who hired the idiots that wrote this propaganda. “A completely unrelated group of celebrities conspiring end being paid to destroy India”? I mean come onnnnnnn. At least make it SOMEWHAT realistic:

Actually, to respond to the tweets of foreign artists, Akshay Kumar, Sachin Tendulkar, Virat Kohli, Lata Mangeshkal, Karan Johar and Sunil Shetty tweeted and tweets of foreign artists Told the propaganda of farmer movement. To answer this, Amanda Cerny wrote, “Who has hired these idiots who wrote this propaganda. A completely unrelated celebrities are plotting to break India and they got money for it. Is it? Think something. At least keep it realistic. ”