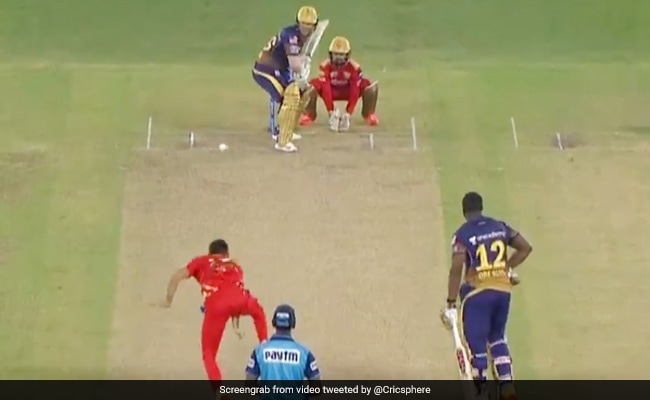 IPL 2021 PBKS Vs KKR: The match between Punjab Kings and Kolkata Knight Riders was played in IPL. KKR registered their first win after four successive defeats in the IPL by beating Punjab Kings by five wickets with 20 balls remaining on the back of an unbeaten innings played on disciplined bowling and skipper Eoin Morgon’s return to form. . In the match, KL Rahul run out of Andre Russell in a great style. Arshdeep Singh threw a throw while he showed MS Dhoni style. Changed the direction of the ball and the ball started going to the stumps. This video is becoming increasingly viral on social media.

Kolkata Knight Riders had scored 98 runs in 14 overs losing 4 wickets. He needed 26 runs off 35 balls to win. Eoin Morgan played a backwards shot off Ravi Bishnoi and ran to steal the run. Arshdeep threw a throw. KL Rahul wasted time not showing the direction of the ball towards the stumps. The ball went straight to the stumps and Andre Russell was run out.

This is the fourth defeat of Punjab Kings. Both these teams now have four points from six matches but KKR have moved up to fifth position on the basis of better run pace. Before that he was in the last place. Punjab Kings scored 123 runs for nine wickets when invited to bat first. Opener Mayank Agarwal played a struggling 31 runs off 34 balls but it was Chris Jordan who scored 30 runs in 18 balls with the help of three sixes to take the score to 120 runs.

KKR also did not have a good start but captain Morgan (47 not out off 40 balls, four fours, two sixes) added 66 runs for the fourth wicket with Rahul Tripathi (41 off 32 balls) as the team initially got shaking. Salvage KKR scored 126 runs for five wickets in 16.4 overs.