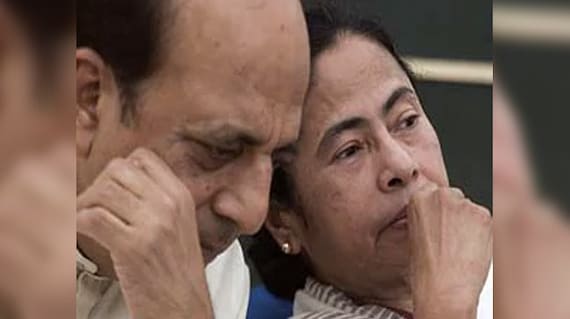 West Bengal Assembly Elections: Before the assembly elections in West Bengal, the ruling Trinamool Congress is getting one stroke after another. One of the founding members of the party Dinesh Trivedi (Dinesh Trivedi) on Friday announced his resignation from the post of Rajya Sabha MP and hinted at the Trinamool disintegrating into ‘straw-straws’. Naturally, the main rival of the Trinamool Congress in the state, the Bharatiya Janata Party (BJP), is enjoying this ‘scatter’. Dinesh Trivedi has been a Lok Sabha MP once but he does not have the image of a ‘mass leader’ although people who like his clean politics and image are in other parties as well as the Trinamool Congress. The 70-year-old Trivedi had been unhappy with the party and its chief Mamata Banerjee for quite some time. It is discussed that they can go to BJP and the ‘saffron party’ is ready to make a ‘path’ for them to enter the Rajya Sabha again. It is also being said that there was talk of ‘bringing’ another MP Shatabdi Rai, but at the last moment the Trinamool Congress stopped him.

The Trinamool Congress, on the other hand, may not have paid attention to Trivedi’s resignation but he is well aware of the loss. Sukhendu Shekhar Roy, the party’s chief whip in the Rajya Sabha, said, “Trinamool” means the root of grass straws … This will give us another opportunity, so that we can ‘get our ground workers’ soon in Rajya Sabha Will be able to send. Although the party may say something on the top, but it is true that every ‘loss’ happening for it before the assembly elections is like a gain for the BJP. It is believed that the resentment of most of the people who left the party is due to Mamata Didi’s ‘autocratic style’ and her nephew Abhishek Banerjee’s ‘growing stature’.

In the last few months, a large number of Trinamool Congress leaders have made BJP their ‘new home’. Apart from Mukul Roy, who is called Mamata’s special warlord, Anupam Hazra and Saumitra Khan have already left ‘Didi’, now some current and former MLAs including Suvendu Adhikari, Monirul Islam before the assembly elections, Trinamool The fort of Congress looks like moving. The strength of the Trinamool Congress is steadily decreasing in Bengal and the Left and the Congress Party are struggling to save their presence there. Naturally, people see an alternative to the Trinamool Congress in the BJP itself. Maybe people will get ‘unexpected results’ in the assembly elections …

Dinesh Trivedi said on resignation from Trinamool Congress, I had no other option left