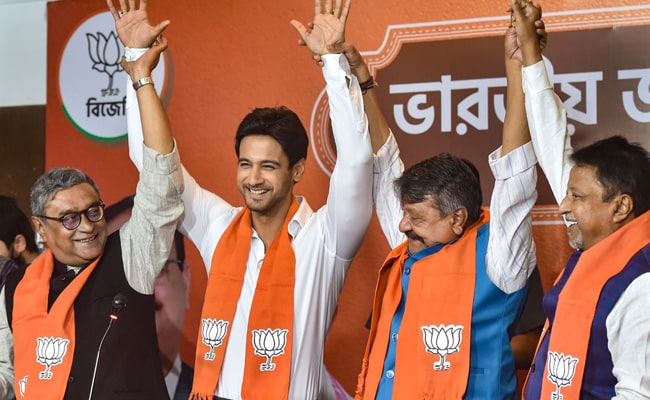 Voting is to be held on March 27 in the first phase of the Vidhan Sabha elections in West Bengal. Before that all political parties are claiming their victory and are engaged in political manipulation. BJP leaders are working hard for Mission 200 Plus. The BJP’s focus was on the Bhadralok of Bengal for a long time, due to which the BJP has drawn many leaders of the state’s ruling party TMC who are the architects of Mamata Banerjee’s victory in 2011 and 2016. Especially the BJP has strengthened its hold by including the leaders of South Bengal.

However, who will be the chief minister’s face from the BJP if they win the election? It is not clear. Despite a large number of leaders from other parties continue to face Kamal. The following five faces of the BJP are such that the BJP’s victory in the Assembly elections rests on it.

Dilip Ghosh:
Dilip Ghosh, a soldier of the Rashtriya Swayamsevak Sangh, is currently the President of the West Bengal BJP and an MP from Mednipur. Since 2015, he has been commanding the state BJP. Ghosh defeated Congress veteran and seven-time MLA Gyan Singh Sohanpal from the Kharagpur Sadar seat in the 2016 assembly elections and raised hopes of a big success for the BJP in the state. In 2016, he went to America and gave lectures on the oppression of Bengali Hindus and Bangladeshi infiltrators. He also served as an RSS pracharak in Andaman and Nicobar in the 1980s. The former head of the Sangh has also been an assistant to KS Sudarshan.

Mukul Roy:
Mukul Roy, also known as Chanakya of Bengal’s politics, was once special to TMC chief Mamata Banerjee. He was ranked number two in the TMC, but in 2017, Mukul Roy joined the BJP. Just be aware of Mukul’s strategy that in the 2019 Lok Sabha elections, BJP won in Bengal in an unexpected way. BJP won 18 of the total 48 seats in the state. Currently, Mukul Roy is the BJP’s national vice president. He is also special of the party’s state in-charge and electoral strategist Kailash Vijayvargiya. It is Mukul Roy who has made the path of BJP easy for many TMC leaders MLAs.

Subhendu Officer:
Be it Mamata Banerjee’s mother, Mati and Manush’s fight in Bengal or a mass agitation on the streets against land acquisition in Nandigram and Singur, Shubhendu Adhikari was always ahead of the leaders who stood with Mamata Banerjee. He was among the closest leaders of Mamta. In the year 2016, Shubhendu Adhikari won a major victory from Nandigram as a Trinamool Congress candidate. He got 87 percent votes. He then defeated Abdul Kabir of CPI by a margin of 81, 230 votes but now he has left Trinamool and joined BJP. He has been an attacker on Didi’s nephew Abhishek Banerjee for the past few months. Shubendu’s father Shishir Adhikari is the MP of TMC. His family has been a major political influence in the areas around Nandigram. For this reason, Shubhendu has challenged Mamata to defeat Nandigram by 50,000 votes.

Swapnadas Gupta:
Dasgupta is a BJP Rajya Sabha MP and a great strategist of the party. Dasgupta was originally a journalist. He has received the Padma Bhushan in 2015. In 2016, the BJP nominated him by the President from the upper house of Parliament. Hindutva is considered the architect of Bengali awakening and Bengali. Last year, Dasgupta was held hostage for six hours by students at Shanti Niketan University. There he went to speak in a lecture series organized on the topic “CAA 2019 Understanding and Interpretation”. Dasgupta has also been the architect of bringing leaders of other parties into the BJP.