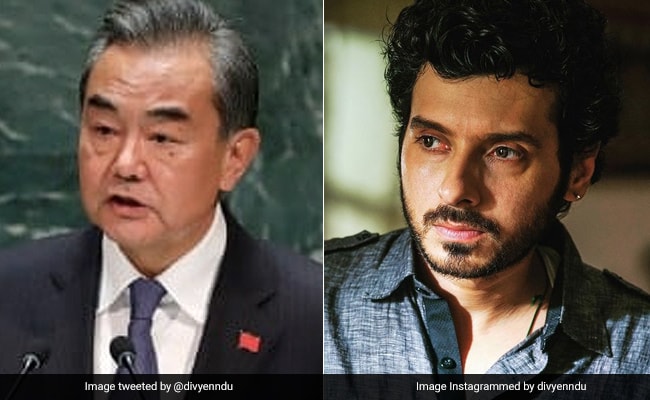 Foreign Minister Wang Yiwang of China has recently said about India, ‘On many important issues, our stances are similar or close and due to similar national realities, so China and India are friends with each other and There are partners, not threats or rivals. Both countries should help each other instead of harming each other to be successful. We should increase cooperation instead of doubting each other. Mirzapur fame actor Divyendu has tweeted and given his reaction regarding this friendly attitude of China. Not only this, Divyenndu has also described this attitude of China as very terrible.

Ohhhh this is very scary https://t.co/WptrRuk7zn

Divyenndu has written in his tweet on China’s soft attitude towards India, “Ohhhhh this is terrible.” In this way, he has indicated to be careful about China to have friendly talks with India. This tweet of Divyendu is being read a lot. Divyendu has played the role of Munna Bhaiya in Mirzapur, which has been well liked. His character of Akhil Srivastava has also been in the limelight in the ‘Scorpion game’ web series.

At the same time, let the Chinese Foreign Minister Wang Yi on Sunday said that China and India should stop harming and doubting each other to resolve the border issue and expand bilateral cooperation and create a favorable environment. Wang said that the border dispute between China and India is not entirely responsible for the relationship, saying that the two countries are friends and partners, but they should stop doubting each other. In response to a question in his annual press conference on the current state of India-China relations since the border deadlock in eastern Ladakh in May last year, he said it is imperative that the two countries settle their disputes and expand bilateral cooperation Do. He said, “The border dispute is the result of history, it is not completely responsible for the Sino-India relationship.”